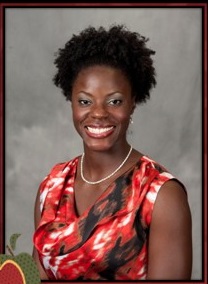 Tameka Allen has been teaching Spanish for 13 years.  She was inspired to be a Spanish teacher by her two great high school teacher who helped her foster a love for the language. During her career, Tameka has taught at the elementary, middle school, and high school levels.  Tameka spent years teaching Spanish the traditional way, but she realized her students were not able to use the language proficiently.   She was introduced to TPRS in 2014 and Organic World Language in 2015.  That very first workshop sparked a new excitement for teaching Spanish and energized Tameka to move her student towards proficiency.

Born in Southern California and raised in South Florida, Tameka learned the importance of learning a 2nd language at an early age. She hopes to instill this concept in the minds of all of the students that she teaches.  Tameka also aspires to educate more teachers on the importance of community building and language proficiency at every turn.