The OWL Community is a positive, dedicated, and passionate place where teachers can come together to explore and discuss best teaching practices. Educators across the world work hard to discover and develop the best possible ways to reach and teach their students. We help them by providing safe spaces for collaboration and collegial support. We are proud to support this network where creativity, perseverance, and compassion is fostered and inspired.

How We Came to Be

The OWL Community was born when Tess Seimer, a fellow outstanding colleague of OWL Founder Darcy Rogers, approached Darcy with a comparison of her and Rogers’ student’s language proficiency scores. Darcy’s students had scored higher on the oral OPI and written proficiency tests that year – and Tess wanted to find out why. It was out of this admirable interaction that a group of teachers proposed an action research project to see how Darcy’s unique approach could be transferred to other classrooms. This progressive cohort began implementing Darcy’s strategies and techniques, piece-by-piece in their own classrooms. The group was dubbed “Organic Language Acquisition” or “OLA”.

OLA began presenting at conferences across the nation in 2009. As more educators across the globe learned about the new approach to language teaching, an international community was born. Teachers began sharing how the techniques and strategies were working for them, and how their students were happier, and more engaged and involved than ever before. Mid-way through the 2012-2013 school year, due to the demand from second language educators to learn more, Darcy left the classroom after 14 years of teaching. She began to work full time with schools and districts as a second – language – education consultant. Along with her, two spirited teachers, Caleb Zilmer and Annie Tyner, joined Darcy on The Leadership Team to help further develop the methodology and explore ways to meet the needs of the growing community. During this period, OLA proudly became “Organic World Language” or “OWL”.

There are several teachers and schools across the nation who dove into implementation after seeing OWL at conferences early on and who have been there for every step of the way. We would like to especially recognize these outstanding implementers in our ‘Exemplar Sites and Teachers’ section.

We would like to especially thank the original group of teachers from Crater and Phoenix High Schools who were willing to take a chance and begin developing OWL. Thanks to your bravery, humility, love for learning, desire to provide the best environment possible for students, and countless hours of collaboration, OWL has grown in to the amazing community that it is today. 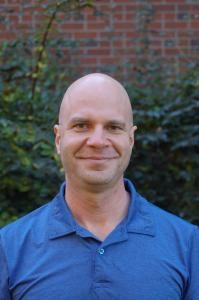 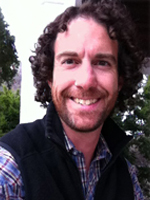 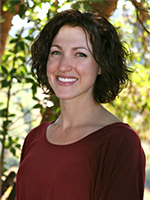 Annie has been a part of the OWL Community since it’s birth. She was introduced to the methodology after becoming Darcy’s student teacher while completing her Masters in the Arts of Teaching in 2009. Annie has travelled extensively in Spanish-speaking countries and learned her second language outside of the classroom with no verb charts, no translation, and no units in a textbook. As a result of her successful language learning experiences abroad, she has unwavering confidence in the Six Goals of OWL as exemplary guidelines for acquiring a second language. Over the past four years, Annie has taught at the middle, high and collegiate levels and is currently teaching adult conversational classes.